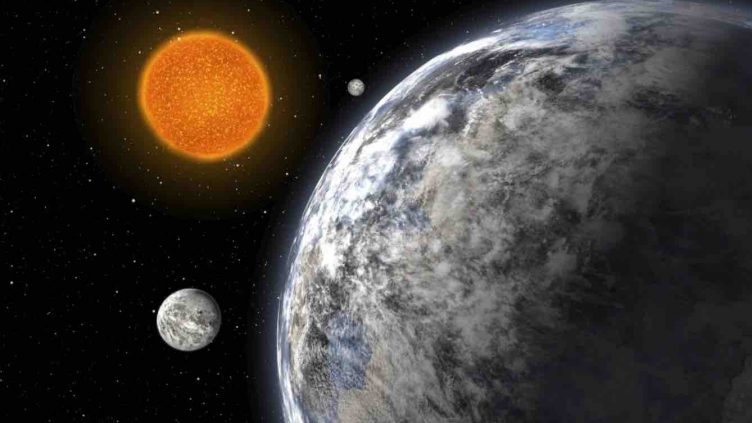 In G.Eanes we propose to use high-resolution spectroscopy to characterize the population of Earth planet analogs orbiting around nearby stars. We are targeting planets with a mass similar to our own, and orbiting inside the habitable zone (HZ) around its main star. This HZ is defined as the range of orbital distances around a star within which a planet can maintain liquid water at its surface, and is the most fundamental (albeit simple) condition for the emergence of life.

The detection of exoplanets through the reflex motion they induce on their parent star is a challenging task. The stellar motion is measured in the form of the Doppler shift of their spectral lines, delivering a radial velocity (RV) that can be measured with precision when using dedicated instrumentation. We have invested significant human and material resources in the development of three high-precision spectrographs: ESPRESSO, SPIRou, and NIRPS. The time is ripe to benefit from our investment and optimize the scientific exploitation of these planet-hunting machines. To do so we propose a two-fold goal:

These two objectives explore the relative advantages of optical spectrographs (ESPRESSO) versus their near infrared counterparts (SPIRou & NIRPS). In order to accomplish these ambitious goals, several scientific open questions must be addressed, such as which are the most suitable stars to search for low-mass planets, or how can one detect a planetary signal amidst the RV signals created by stellar phenomena. These questions have been studied for several years, but these three instruments will be game-changers by providing transformational data: ESPRESSO is 5 times more precise than the current state-of-the art planet hunting spectrographs, and SPIRou and NIRPS will be able to explore the uncharted territory of near infra-red high-resolution spectroscopy.